People leave their boss not their jobs. Research in the UK and USA has shown that the number one reason a majority of people leave their jobs is the relationship they have with their line manager, who creates an environment which they don’t enjoy, where they don’t feel they are treated fairly and aren’t able to give of their best.

There are a number of examples of poor leadership techniques which contribute to the breakdown in relationship between management and staff, here are 10 of the most common:

1) Not listening while people are talking

How frustrating does it feel when you have the feeling that someone is not really paying attention to what you are saying? How do you think others feel when you are doing this to them? Poor Leaders don’t set aside time to actively listen to their people, instead they will have a conversation, meeting or update with individuals and will multi task by also checking their e-mails, taking phone calls and dealing with a variety of other interruptions at the same time. If you want to make people feel valued take the time to really listen to what they are saying!

How do you feel when someone is watching your every move? Do you get the sense they are just waiting for you to make a mistake so they can jump in and take over? Do you think they trust you to do a good job? People will never give of their best if they have the feeling that they are not to be trusted or that they constantly have someone looking over their shoulder and checking up on them. If you expect the worst of people that is what they will usually deliver, as that is what you are looking for! Also if you spend all your time checking up on what others are doing, how do you find the time to do your own job?

3) Focusing on the task and not the individuals

Have you ever worked for a manager who was only interested in getting the job done? Did you get the feeling that you were just a number? If a Leader has too much focus on achievement of a task they tend to disregard the individuals involved in helping achieve said task. Their behaviour is impersonal, they don’t tend to have any interest in how their people are feeling, and praise recognition and encouragement are in short supply. In this environment people don’t feel valued and it can quickly lead to disenchantment in the team.

How do you feel when you don’t know what is expected of you? How do you feel when you see people doing whatever they want without suffering any consequences for their poor behaviour? People need to have a clear understanding of their roles and responsibilities, and it is equally important that, having defined the standards that are expected, these are enforced. A poor Leader will fail to take the appropriate action when standards are not met and this then sends the message that the standards are not important or relevant. Once standards are allowed to slip, performance and results also dip. People respect a Leader when they display strength, integrity and a sense of fair play. Not enforcing standards implies these qualities are lacking in a Leader.

5) Lack of effective communication of expectations

Do you have a clear picture of success for yourself? If you don’t, how do you know if you have done a good job? “If you don’t get shouted at,” is not the right answer! When people understand what is expected of them and how they can meet those expectations they tend to have a greater degree of confidence in their ability to meet those expectations – assuming those expectations are realistic in the first place! A strong effective Leader paints a clear picture of exactly what is expected of their people and helps create the environment to allow them the best chance of success.

When was the last time you received feedback on how you are doing? People find it difficult to give of their best when they are operating in a vacuum. If you don’t take the time to tell people how they are doing, how will they know if they are meeting expectations? If they receive regular timely feedback they will have a greater understanding of what they need to do in order to achieve their objectives, be it a continuance of current behaviour or a correction in their activity. If the feedback is presented in a constructive, objective and calm manner it can be a great development tool to help people grow and improve.

7) Communicating on a need to know basis only

There is a saying that “knowledge is power” and sharing knowledge helps build people’s confidence and make them feel part of the team. Not sharing knowledge is a quick way to frustrate people by keeping them in the dark about issues that have some bearing on their role in the organisation. If plans and other areas of the business are treated as secrets not to be shared with other departments, how can staff gain an understanding of how they can play an effective part in the achievement of company goals? Effective communication of the company vision and objectives has an important role to play in improving employee engagement.

8) Making decisions and then asking for feedback

If people are to take ownership of their departmental/team goals they need to feel that they have a part to play in the decision making process. Weak Leaders believe they need to be the one to have all the answers and all decisions need to be made at the top and then handed down to the shop floor. The final decision should rest at the top, but effective leaders can drive employee engagement by canvassing opinion from the relevant sections of the company, before the decisions are made. It is quite often the case that the people at the sharp end will have the experience and knowledge to best know how to handle certain situations, doesn’t it therefore make sense to obtain their feedback before deciding on a particular course of action?

I know one manager who announced to a new member of staff on their first day that any success they achieved in their role would be down to the manager, but they would get the blame for anything that went wrong! How do you think that member of staff viewed their manager?

The art of good leadership means taking responsibility when it is due and allowing others to take the credit when it is deserved. Poor Leaders look to point the finger of blame away from them at every opportunity, this only has short term benefits for the Leader, as their limitations are soon identified.

Think about the best Leaders you have worked for, how do their qualities match those listed above?

How do you compare? 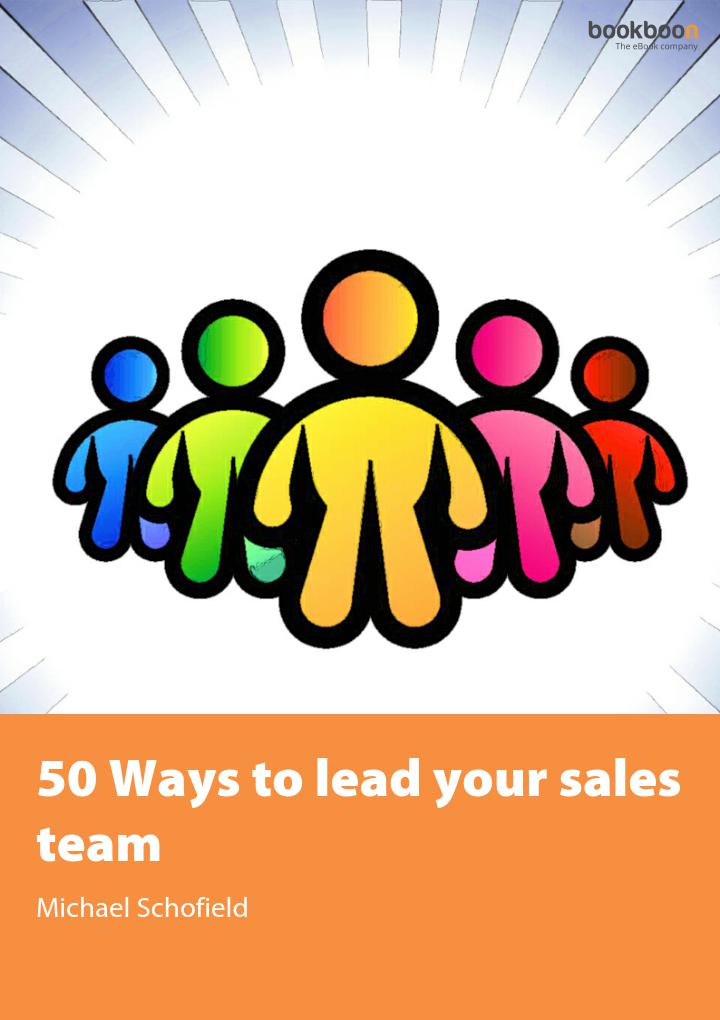 50 Ways to lead your sales team

To find out more about sales, read our eBook "50 Ways to lead your sales team".

Discover 50 Ways to lead your sales team and hundreds more books about sales.