Learn about the power and potential of your brain

The brain is the most powerful organ humans possess. Although we all have a hugely powerful potential offered by our brain, we spend very little practicing our thinking skills. We believe that thinking is either a natural function or  that the great thinkers among us are gifted. Nothing could be farther from the truth. Everyone has the ability to improve our brains’ under-used potential.

Do you want to get to know your brain better? Then let’s take a look at some astonishing facts about this powerful organ.

The facts about the brain are truly stupendous. For example, did you know that the human brain takes up a fifth of all the energy generated by your body in its resting state? It is similar to a 20-watt light bulb continuously glowing. How big do you think the brain is? Well, if you can imagine it, your brain consists of 100 billion cells, each one of which connects to 1000 other brain cells making a total of 100,000 billion connections. There are more cell connection points in the human brain than there are stars in our galaxy. As Norman Cousins put it, “Not even the universe with all its countless billions of galaxies represents greater wonder or complexity than the human brain.”

Here are some more astonishing facts about your brain. Although the brain weighs just 3lb, it contains 12 trillion nerve cells (more than two and a half times the people on this planet). It contains 1000 trillion, trillion molecules (way beyond our ability to compute), and can process 30 billion bits of information a second. Your brain has 10 billion neurons and the range of connections all the neurons in the brain could make would amount to one with 28 noughts after it. Your brain has enough atomic energy to build any of the world’s major cities many times over. Unsurprisingly, no human being has yet existed who has been able to use all the potential of the brain. How about you?

One of the reasons we fail to make the most of our brain and, therefore, our thinking skills, is that we hang on to a range of inherited assumptions about our brain and our capacity to think. Many of us believe that, contrary to the facts, we are either born bright or stupid. We think that we are only as intelligent as our measured Intelligence Quotient (IQ) and that this is fixed throughout our lives. We think that, when we run up against big problems, they just can’t be solved. We fret over taking decisions and bemoan our ability to choose wisely. We think that we are stuck with the way we think and that we cannot change it. And to top things off, we think that, as we age, our brain declines and with it, our abilities to remember things. The only one of these assumptions that is true is that it is only our thinking that limits the power of our brains.

Summary of our brain’s key points

1. The human brain is so powerful that few of us come anywhere near to using it as well as we could.

2. Every person has the ability to think intelligently and creatively.

3. The brain is the source of key mental faculties such as memory, imagination, creativity, and innovation.

4. The brain is the key tool for mastering the modern information age.

5. Everyone in a modern organisation is a knowledge worker to some extent.

6. According to research, half the skills needed by successful workers involve the use of thinking skills. 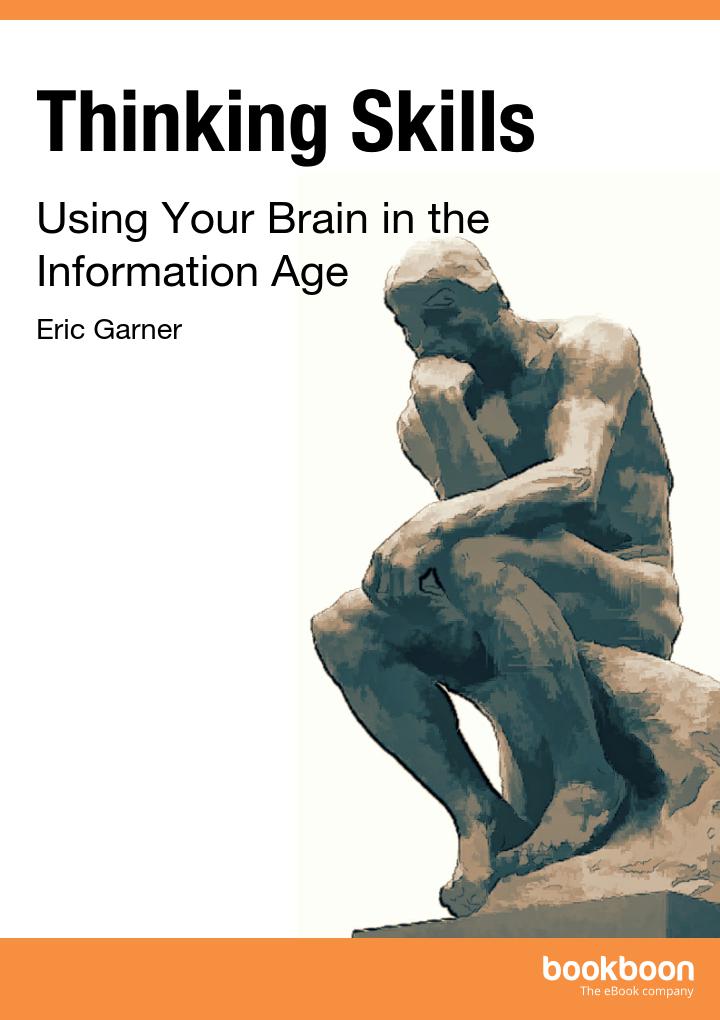 If you want to learn more about the power of our brain, how to improve your memory and how to be more creative, check out our eBook Thinking Skills: Using Your Brain in the Information Age.

Creative thinking is a way of looking at a situation or problem and coming up with unique ideas or solutions to improve or solve it. It is one of the top 5 soft skills of the future and contrary to popular belief, this in-demand skill can be learned. Let’s look at our top 5 eBooks that promote and improve creative thinking. …