30-day free trial
Bookboon//Articles//What you ought to know about human behaviour, conflicts and communication

What you ought to know about human behaviour, conflicts and communication

In every organization, conflicts can arise due to misunderstandings and a lack of communication. It is not always easy to clear up these conflicts, which is why Bookboon author Ken Pierce, author behind the free eBook Dealing with difficult people, has agreed to answer a few questions to help us understand more behind the psychology of conflict and the responsibilities faced by leaders. Take a look!

1. Ken, reading your book Dealing with difficult people was very enlightening, as it digs deep into human psychology. Can you tell us more about when you first became interested in human business psychology?

I was raised in a large, poor family with four sisters and four brothers.  I was fourth eldest.  While my eight siblings were healthy, I was very sickly.  We had a family rule of no physical fighting…but we could debate, argue and negotiate.  Being frequently sick, created an opportunity to watch and learn how we all survived this crowded, demanding family dynamic to sustain ourselves and each other. So really I became a psychologist initially to help me understand myself and my relatives.

2. You mention this idea that if you approach a new situation by thinking “What if… (I can do this?)”, success is possible! Do you have an example of when this particularly worked for you?

What if…is always referring to the future.  What if… is about believing every challenge can be met in some way.   When our oldest daughter, Michele developed incurable cancer at 30 years of age I was shocked and afraid.  But I had been studying and using the laws of nature in my work with people for several years. So I knew we live in a dualistic universe with everything having two sides… a positive and a negative. So I asked myself, “What if my daughter having cancer has two sides… what could they be?”

It became apparent there were indeed two balanced, equal sides to cancer developing.  For example, Michele is a guidance counsellor in a large school in a large city.  Before being diagnosed, she would often list the things she was going to do in her future such as work with the poor in the underdeveloped countries, build a cottage for herself, travel the world and so on. Michele’s cancer was her wake up call to live the life she dreamed about instead of just talking about it. Within 18 months she built her cottage, within 24 months she worked for four months with the poor. And our entire family has grown closer in new ways with each of raising our levels of self-appreciation and appreciation of each other.

So “what if…” speaks to the possibilities which are available to each of us to take charge of our life and live our dreams rather than our nightmares.

3. There is a myth that some people just can’t get along because their personalities are too different. What would you say to those that believe this?

There are at least 4,628 unique behaviours which have been identified as human. And the list grows regularly as we add new ones including such recent examples as “twittering”, “blogging” and others.  Human cultures label each of these as either a good behaviour or a bad  one.  For example our cultures contend “kindness” is a good behaviour and ” meanness” is a bad behaviour.   In nature, however, no such labels apply. While “kindness” is considered a good trait… those who take pride in using it invariably also get used or even abused. In the same way, those who take pride in being “mean” invariably get more respect and independence.

So the journey of learning to get along with other people is really 3 simple steps. First we learn we have every human trait in some form at some time. Second, we learn each trait has equal amount of pluses and minuses to it. Third, we learn the benefits to us of the traits in others we don’t like.

4. You explain that there are 3 ways to communicate: “carelessly, carefully and caringly”. What does “caringly” mean and why is it the way to go?

When both people feel respected then they are able to connect in an open and honest manner which builds a trusting relationship and maximizes learning.

5. Let’s talk about business in particular: if an employee feels that their values are honoured (by others and their employer), what can this create for a company?

When our values are honoured it means we feel respected for who we are as a person.  This feeling of being respected and valued creates three essential states found in a very successful company: a strong commitment to the organization and high levels of creativity manifested by strong self-motivation.

To compete globally requires 3 things: first, a high caliber product or service at a competitive price; second, an energetic, creative and committed team of workers; and third, inspired leaders who know who they are, what they can offer the world and who have the resources to make it happen.

It is the second factor, an energetic, creative and committed team of workers, that is usually the most neglected and the least appreciated. We seem to expect it in our leaders but not in the rest of the team.

It falls to CEO’s, leaders, employers, supervisors and team leaders of all types in every organization which wants to retain its staff in a highly competitive global economy, to not just have this insight, but also to model it and lead their staff to this awareness.

Using a Lead Management approach is one way to achieve this. It shows leaders how to inspire their staff to make this connection between their work and their personal values. This frees the workers to give their job their commitment, creativity and energy. This is what creates a product or service which competes successfully in our global economy.

6. Finally, what would you recommend a manager does if he/she senses that their employees are in conflict?

It has been said every problem is a relationship problem. Employee conflict is always about values conflict… a lack of understanding between two or more people of each other’s values. So the challenge becomes how to get the conflicting parties to communicate with each other.

It falls to the leader to initiate a communication process between the parties involved.  There are 7 criteria required for a successful resolution by a manager:

[1] the manager models an attitude any problem can be resolved.

[2] the manager recognizes organizational conflict is usually a systems problem and not a people problem.

[3] the manager establishes ground rules of respect for each other’s values.

[4] the manager ignores the blame game since it magnifies conflict.

[5] the manager encourages each person to contribute their creativity to the resolution.

[6] the manager ensures everyone and every idea is heard and acknowledged.

[7] the manager ensures both the costs and the equal benefits of the conflict are clear to all concerned so everyone can move forward. 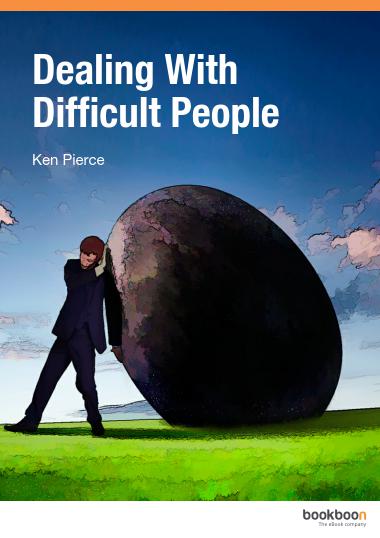