Life on Earth needs water and, with water, comes moisture and, with moisture, come consequences:  this is the basis of Ireland based author Peter Moir’s textbook “A Wet Look At Climate Change” (AWLACG). Get to know him by reading this expert article on moisture.

Since my last blog article was published, the weather has shown the odd sign of pretending that summer might be just a day away. Spring, as a transition in the seasons, was non-existent because of a spell of cold fronts descending from the North.

In fact, let’s forget the nice adopted French term and call the en suite what it truly is, a “moisture box”.

Why does fungi magically appear in our showers?

The moisture box is tiled all around and two walls are external which makes them much cooler when the weather is cold. Hot showers equal a lot of warm water vapour (steam) in the air and the cool walls easily take the water vapour to saturation point (Chapter 2 in AWLACG), causing it to condense. Running the extractor fan and opening the windows helps clear most of the condensation, but with the outside air being cold and at a high humidity, the air in the moisture box remains at high relative humidity.

A consequence of high relative humidity is that it provides an environment for microbial growth. Chapter 6 in AWLACG explains how bacteria and fungi need a certain level of moisture in the air for them to grow.

What happened in our moisture box is that the cooler external walls caused the relative humidity in the air immediately next to the tiles to increase. This air would easily have got close to, and above 80%RH, the level needed for growth of the black mold shown in the photo opposite.

What this unattractive organism is using to live off as a source of nutrient when living on ceramic tiles, I can only imagine. It just shows how resourceful and opportunistic some microorganisms, and nature in general, can be. Perhaps it is using carbon dioxide from the air and minerals from the tiles, or dare I say, skin cells from humans rubbed off when towelling themselves. So feeding off a bit of Me in there!

How this year’s weather affects our garden

Instead of the weather improving well enough in March to April to get plants growing, we have had a slow introduction to warmer weather and I guess the garden is about a month behind.

Unusual for this time of year we have a load of toadstools growing. On top of the ground, shown in the photo, is a mulch of wood chippings and the fungi are doing what nature designed, breaking down the vegetable matter. Normally so many fungi would only appear in autumn when there is still some warmth in the ground and the moisture level is naturally increasing.

The boarder in the photo is in a sunny position and would be in full sun for most of the day, if there was any, not ideal conditions for fungi at this time of year. Obviously the cooler than normal weather and high relative humidity, but with a little injection of warmth from the occasional appearance of the sun, have caused autumnal-like conditions and a lot of happy toadstools!

Deliberately in this blog, I kept the focus on fungi because I can only think, as I say in the introduction to AWLACG, that there must be loads of consequences of this change in the local climate – fungal growth being just one.

Another reason for concentrating on just one aspect from AWLACG is to show you how knowledge of water behaviour in air can be applied in different ways. AWLACG explains the principles and contains many more topics and aspects to be explored and extended into other areas.

Welcome to my world!

Visit our website www.relequa.com to see a video of moisture interaction and find out how we turned a natural property of materials into a powerful tool we call Moisture Profiling. 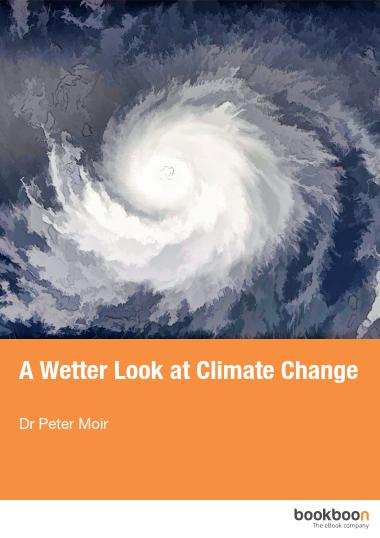 A Wetter Look at Climate Change

Interview with Dr. Chris Tisdell: One of Bookboon’s Most Popular Authors

Get inspired to become an author at Bookboon by reading the interview of one of our most popular authors….

Proper rest can boost your intelligence

Find out how a good night sleep can boost your intelligence. Bookboon author Iiro Jääskeläinen explains in this article why “sleep on it” is not just an empty phrase!…

Here we go again, another wet July in Ireland. Find out why it rained so much in July in Peter Moir’s blog article!…

Taking exams is stressful enough so stop worrying about textbooks and check out our free eBooks for economics, sciences, engineering and law. …