30-day free trial
Bookboon//Articles//Do you use your tone of voice and body language to your advantage?

Do you use your tone of voice and body language to your advantage?

What does it take to communicate with another person? How are we communicating even when we aren’t using words?

According to Mehrabian, the tone of voice we use is responsible for about 35-40 percent of the message we are sending. Tone involves the volume you use, the level and type of emotion that you communicate and the emphasis that you place on the words that you choose. To see how this works, try saying the sentences below with the emphasis each time on the word in bold.

The same sentence can have multiple meaning depending on which word is emphasized. The emphasis on a particular word implies additional information than what the words say.

Notice that the meaning of the sentence changes each time, even though the words are the same. The emphasis you place on the word draws the listener’s attention, indicating that the word is important somehow. In this case, the emphasis indicates that the word is an error. So in the first example, I didn’t say he borrowed my book, the phrase includes the message that someone else said it. The implied information continues to change in each sentence, despite the words remaining the same each time.

Over half of the message that we are sending to others is non-verbal, according to Mehrabian. This means that we receive more than half of what a person is communicating through the subconscious messages they are sending with body language.

Examples of body language include:

It’s not what you say, it’s how you say it that matters the most in relaying your message. We can picture these people and their behaviors from the short description here and without hearing a word from them, we have a pretty good idea of how they are feeling about the situation or about what we are saying to them.

Use body language to your advantage

There is another reason to understand body language besides being able to read what another is saying to you subconsciously. Body language is a useful tool that you can learn to use. You can mimic another’s body language when you want to express support for them. You can use a person’s body language to realize that your message is incomplete – there is more to say or there are questions to be answered.

When you are in a situation where you want to convey your support of another person, you can intentionally mimic their body language. If you are standing in the hallway and they lean to one side, mirror their action. If they sit back and relax, do the same. You are sending subconscious signals that you are on their side, even if the topic that you are discussing is one where there may be disagreement. It reaffirms that you are part of the same team, no matter what else might be going on.

You can also use this tool to gauge whether or not others are buying in on what you are saying. Are they using words that express agreement, but sitting all wound up with crossed arms and legs? Unless they just happen to be cold, chances are that there is some matter still unresolved in their mind. You can use this signal as information to you that you still need to do some explaining or ask some additional questions. 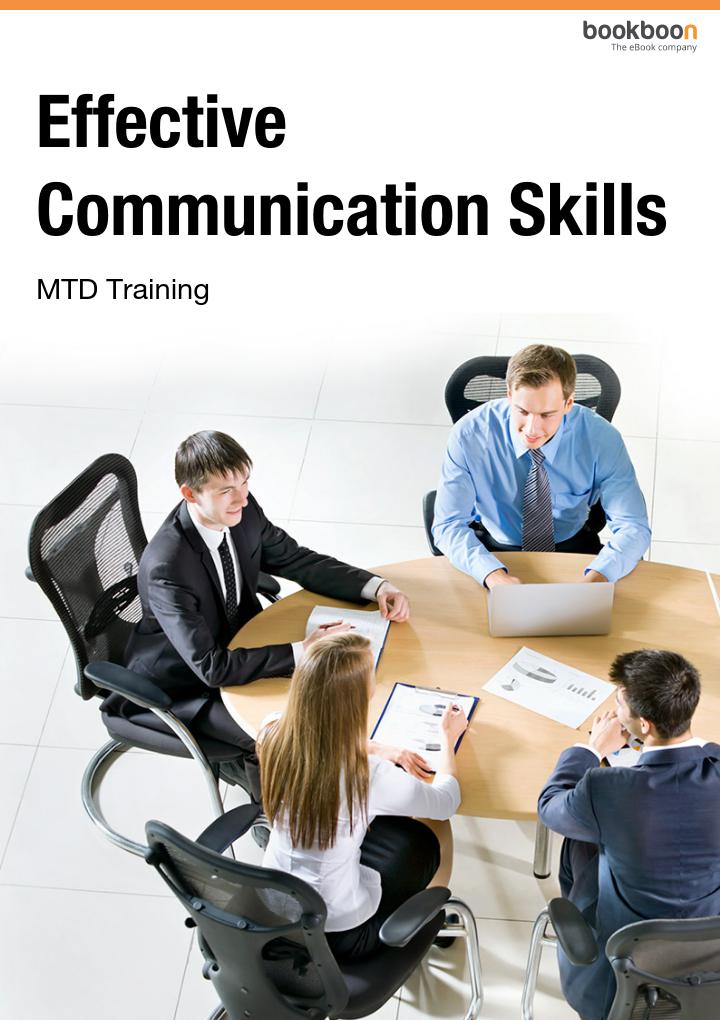 For easy-to-apply, effective tips on both verbal and non-verbal comminication, our eBook, Effective Communication Skills, is a must-have. Download it today to learn the communication skills you will use every day.

How to get over your fear of public speaking

With this surprisingly simple two-step technique, you can end your fear and feel good in front of your audience….

Why communication skills should be part of every L&D offering

More than three-quarters of the average employee’s day is spent communicating with colleagues, clients, and management (1). That is an enormous portion of time that could either be beneficial or detrimental to a company depending on the effectiveness of the communication skills of its employees. Communication affects every area of business making effective communication is an in-demand skill for organisations regardless of industry.  …